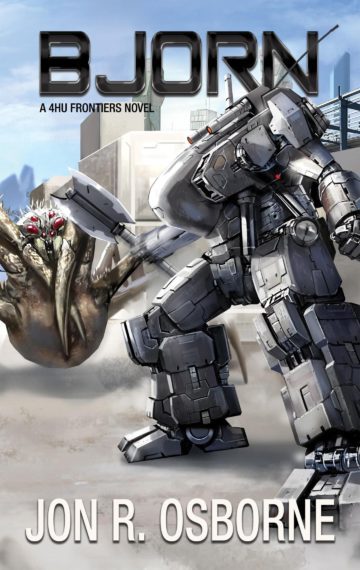 Listen to a sample
$4.99Buy NowRead A SampleSee The Reviews

But young Bjorn had a different destiny in mind. He didn’t want a future of fighting aliens and risking death on some distant planet. As a high school student, Bjorn had everything he could hope for—he was the star quarterback, he had a beautiful cheerleader girlfriend, he was surrounded by loyal friends, and top colleges were courting him. Despite his father’s protests and refusal to help Bjorn reach his dream, Bjorn had a future free of the death and loss inherent to mercenary life.

One fateful afternoon in the Alaska wilderness changed everything, though, when a bear attack left Bjorn maimed. Bjorn’s dreams were shattered, and his life crumbled around him. Can he pick up the pieces and find a new way forward, while still trying to avoid the life of a merc? When his destiny comes calling, will Bjorn continue trying to escape it, or will he learn to embrace it?